The wreck of the eighteenth century pirate ship "Whydah" gives up more treasure!
Posted by Dan Piraino No comments:

The Lost Treasure Of Padre Island

Listen carefully to this story my friends. As Greg said, they are very close to the beach and that is where many a gold coin has been found by the persistent treasure hunters armed only with a metal detector.
Its still out there so if you are thinking about giving it a go, I will include a google map below with a parking spot you can center your search from.

I know a lot of you are still using the wrong machines for the job because I've seen you out there .. trust me on this one, you need the proper tool to do the job.
In my eyes ( as well as many others) the Minelab Excalibur II is the perfect metal detector for the Florida east coast - their is no finer a machine for the money.
It handles the mineralized florida sand like a dream. The only other machine I would recommend would be a pulse type but be prepared to dig everything if thats what you are using.
Posted by Dan Piraino No comments:

Ever wonder what it would feel like to find lost Spanish gold? How about a beautiful 1711(Lima) Eight Escudo gold coin to be exact. Its out there  !!

Check out this quick video from Bonnie Schubert and make sure you click through and like her Facebook Fan Page !
Posted by Dan Piraino No comments: 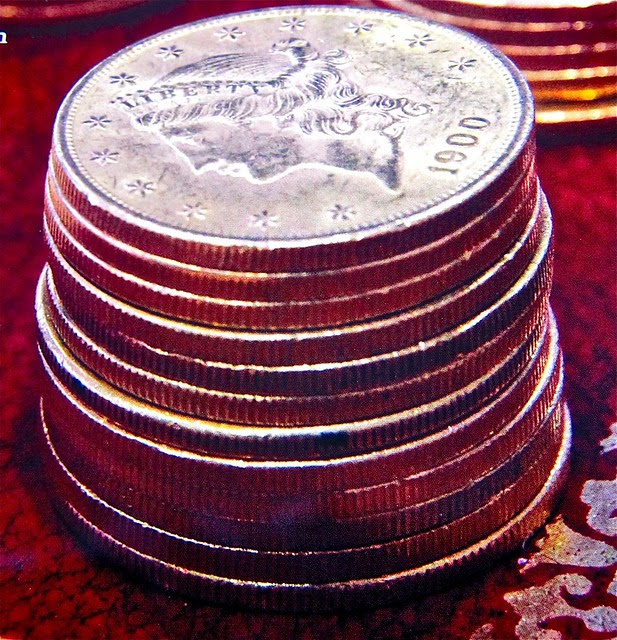 This is such a strange yet wonderful story that I might not believe it if I had not seen part of it with my own eyes. It all began in February of 2012 in a small French village, Les Riceys.
The Lanson Champagne people were remodeling a long-vacant building in their village.
As was told to me by Enguerrand Baijot, managing director of the company, "One of the worker was attacking an abandoned building's ceiling with a crowbar when gold coins started to rain down on him, followed by sacks of gold."
He went on to tell me that the origin of the treasure was not known, but they know that the building, a former grape-drying facility, belonged to a wine producer who traded extensively with Great Britain and the UnIted States in the 1930s, and it was thought that they were placed there by him sometime prior to World War II.
Click Here To Read More
Posted by Dan Piraino 1 comment:

Arrowhead Season Is Upon Us

Just got an email from fellow upstate New York treasure hunter Jonathon Just with a couple of  recent finds he made around the Albany New York area. But I'll let him tell the story below.
So here are the two points that I found.
The one on the left is a Levanna point, probably 700-900AD and were pretty common in NY and NE.  The tip is broken off but still a cool find.  The piece on the right looks like it was a scraper or blunt projectile point and the base has broken off.
The area where I found these is Southwest of Albany in an area that was settled by the Dutch in the 1600s.  Descendents of that original family still reside there.  The old woman who I spoke with this morning said that her grandparents used to tell stories of the family being able to see the Native Americans' campfires through the woods at night.
They're not the best point in the world, but the thrill of finding even a broken one is great.  It's even better with a cool story like the one I heard today.
Jonathon Just
Posted by Dan Piraino 1 comment:

How To Fly Your Garrett AT Pro Metal Detector

Part 1 Part II Part III Part IIII This is one of the BEST all purpose/all weather metal detectors you can find and like I have said before, you just can't scrimp when it comes to buying a new machine. I really can't stress the importance of the waterproof capabilities that you get with this machine and if you compare it to a MineLab ExCal II or a Fisher CZ-21 you will see what I mean. Not to mention the fact that the MOST of the good stuff is in the water!! Click Here To Check Out The AT Pro Metal Detector on Amazon.com