There's Medieval Gold In Them There Hills

Britain is bursting at the seams with ancient buried artefacts - with 250 pieces being found every single day.

A medieval gold ring, a Bronze Age gold bracelet and a set of gold dentures were just three of the 90,146 amateur archaeological discoveries made in 2010.


The British Museum said the 'massive jump' of reported findings by a third was 'testament to the tremendous success' of the government's Portable Antiquities Scheme (PAS). 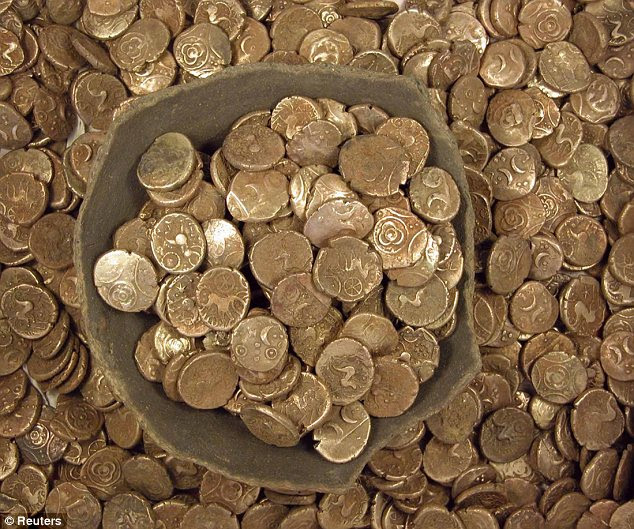 Hoard: Iron Age gold coins were found in Suffolk
British Museum director Neil MacGregor said: 'The finds reported are changing our understanding of the past.


'They are helping archaeologists learn where people lived and died, and how these finds were used.


'But what is truly exciting is that these finds are being made by the public and not, in most cases, by the archaeologists. It is transforming the archaeological map of Britain.'

PAS, which experts say is 'near enough' unique to Britain, allows metal detector users in England and Wales to dig for artefacts with the full backing of the law.
As long as items are not classed as 'treasure', then detector enthusiasts are able to keep their haul once the objects have been photographed and the find spot revealed. 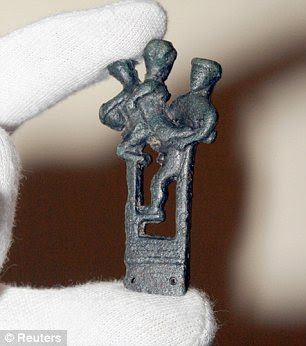 
The PAS initiative, which culture minister Ed Vaizey has declared 'the envy of the world', was launched in 1997 and is managed by the British Museum.


It ultimately allows glittering objects, sometimes of enormous historical value, to be saved for the nation.


The alternative is them being secretly sold on to private collectors and the illegal antiquities market.


The startling array of objects dug up from farmers fields, or found in rivers, range from prehistoric flints, Roman brooches, Anglo-Saxon strap-ends and medieval coins.


Highlights displayed at the British Museum include a stash of late Iron Age solid gold coins, called 'staters', dating from 15 to 20 AD.


The hoard of 840 coins, found by a metal detectorist in south east England, was the largest hoard found in Britain since 1849.


Michael Lewis, deputy head of PAS, said the scheme differed markedly from the 'draconian' way in which excavation is regulated in the rest of Europe.
He said: 'Detecting is banned in most countries and you certainly can't keep what you find.' 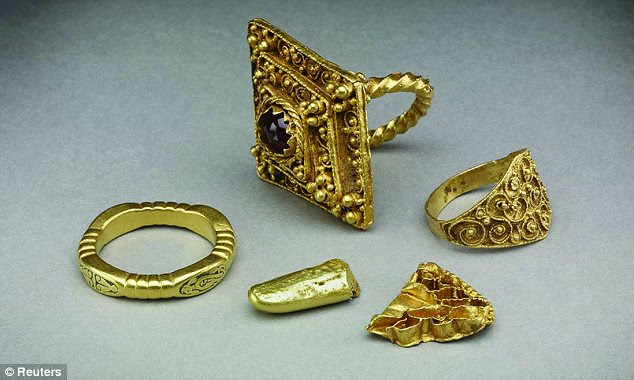 Discoveries: A total of 250 ancient artefacts, like these medieval gold objects from West Yorkshire are being found every single day
Compliments Mail Online.com U.K.
Posted by Dan Piraino No comments:

This is an amazing numismatic find in excellent preservation.
Posted by Dan Piraino No comments: