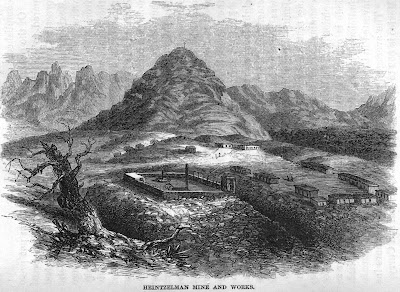 Cerro Colorado, a ghost town near Arivaca, has a violent past. Started in 1855, it was a silver mine that employed not only Mexican laborers, but native Americans as well. In 1861, a cave-in trapped and killed 15 workers. Many of the remaining employees believed the mine to be haunted, and left for parts unknown. German immigrants were hired as replacements, and eventually the Mexican population returned. Maybe they thought the ghosts were gone, or they dealt with it to earn wages.

Some time later the mine operator, John Poston, was having so much trouble with Mexican workers stealing silver that he decided to make an example out of one. His foreman was caught taking silver across the border to Sonora, so John had him executed in front of the other workers. Problem #1 was, John didn’t get the information about where the foreman had buried the rest of his loot. Problem #2 was the action angered so many Mexican workers, they up and vamoosed for Sonora. This led to problem #3…Mexican banditos, upon hearing of buried treasure, destroyed the mine and killed John Poston and two others.

That’s when the remaining citizens should have tracked down Yul Brynner so he could gather up seven magnificent gunfighters. However, this did not happen. Instead, the frustrated bandits left empty-handed and the mine was rebuilt. Obviously, Eli Wallach wasn’t leading them. 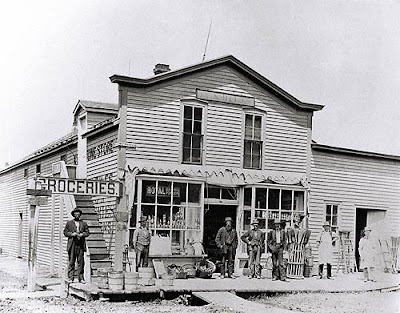 When most able-bodied men left to protect Arizona from the Union during the Civil War, it left Cerro Colorado open to Apache raids. In defense, a fort and guard tower was built to protect the small mining community. Little is recorded about the goings on after that point. By 1911, the post office was closed and Cerro Colorado became one of Arizona’s ghost towns. Today the area sports some ruins and is a popular spot for hopefuls searching to find the missing foreman’s treasure.

This small mining community, like many in the Arizona Territory, had devastating perils to deal with. The fact that it survived with all that misfortune is a true testament to the draw of the almighty dollar and the men who sought it.