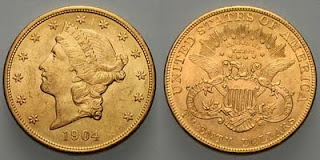 An English army officer of noble birth by the name of Moses Follensby was believed to have buried about $400,000 in the Adirondack Mountains. In 1820, he built a log cabin on the pond that now bares his name, Follensby Pond. (Two other bodies of water also bare his name: Follensby Clear Pond just west of upper Saranec Lake, and Follensby Jr. Pond about 8 miles north of the same lake.) One October day, he was found near death and mumbling by two sportsmen fishing near his cabin. Before dying, he revealed to them the location of a chest hidden under a large stone. It contained a British uniform coat, a package of letters, a gold scabbard decorated with jewels and impressed with a coronet, gold and gem inlaid toilet articles, and two pistols mounted in silver.

Further examination of his belongings, revealed that he had buried the $400,000 nearby his log cabin, supposedly located just a few miles southwest of Tupper Lake in Franklin County.

The site of the cabin is lost in the dust of time but it is known that he lived near the pond, on his property which was supposedly located near Follensby Road, two miles southeast of Tupper Lake near routes 3 and 30.

Treasure Dave and myself took a crack at this Treasure about twelve years ago with no success.I still think about this site every so often, now it's your turn ...
Posted by Dan Piraino 4 comments:

Aqua Chigger And Some River Recon 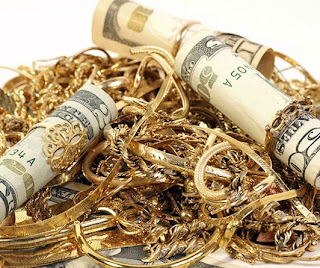 I know a lot of you out there are in desperate need of cash in these trying times of late. I hope that NONE of you should ever be this desperate! Click Here To Read More..
Posted by Dan Piraino No comments: