Posted by Dan Piraino No comments: Links to this post


Just remember treasure hunters, their is plenty more where that came from .. you can't get it all!!
Posted by Dan Piraino No comments: Links to this post

Hey, I Think I Just Got Ripped Off By That Old Couple! 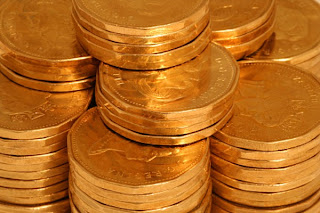 This one is from the " just goes to show that your never to old to have a real bad day" file !
And by the way, be careful where you put your gold coins .. Click here to see what I mean.
Posted by Dan Piraino No comments: Links to this post

The Mystery Of The Lucky Coin 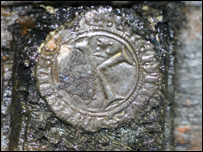 Here is another interesting article I spotted while treasure hunting out in cyber space , hope you enjoy .. 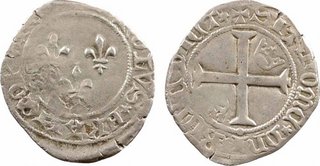 The Numis Network And ShopNumis.com Coin Of Week- Treasure You Can Own! 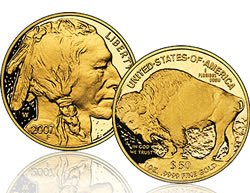 2010-W PR70 ANACS $50 Gold Buffalo
ShopNumis.com is proud to present the American Buffalo Gold Bullion PR70 Coin!
The one ounce Proof Gold Buffalo coins are struck in pure 24 karat gold. A ‘Proof’ coin means that the coin has gone through a special process of being struck by polished dies and the fields of the coin shine with a mirrored finish. This coin is, quite simply, an extraordinarily beautiful example of gold coin artistry. It bears the same .9999 purity of gold, but the difference is that these proof coins are exceedingly limited. These coins have been minted exclusively at the West Point Mint and carry the 'W' mint mark. 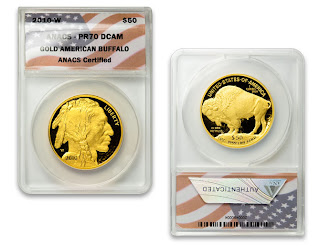 Numis Network is honored and proud to be an authorized seller of the new American Buffalo 24-karat gold bullion coin. These coins have a face value of $50 and each contain one troy ounce of the purest gold available in any coin.

And now, Numis Network provides The American Buffalo solid gold coin to you, encapsulated and untouched, in dazzling PR70 pure perfection. You may wish to order yours while you still can.
American gold coins have traditionally been made in 22-karat gold: a mix of gold with copper and silver for hardness. Because 24-karat gold is softer, it was commonly felt that a 24-karat coin would be unable to endure the rigors of circulation. However, because of stiff competition by world mints, Congress authorized the production of these spectacular new American Buffalo gold bullion coins.
A remake of the 20th century classic Buffalo Nickel, these beautifully-designed coins are experiencing unprecedented popularity and have become one of the most collected coins by date and mint-mark of all U.S. coins. These magnificent Buffalo 24-karat gold coins have been manufactured at West Point by the U.S. Mint.
Distinctive Design with Iconic Images
Obverse (front) shows the profile of aNative America Chief
Reverse depicts a majestic Buffalo
Measures approx 1.25' in diameter
Weighs 1 oz.
Encapsulated - for preservation and presentation
The design of the American Buffalo 24-karat gold coin features the profile of a Native American chief on the obverse side, and a buffalo on the reverse. Created by James Earle Fraser, a renowned American sculptor who was once a student of the legendary Augustus Saint-Gaudens, he originally designed the images used here for another coin. Each of these uniquely American coins is inscribed with .9999 Fine Gold, 1 OZ, Liberty, E Pluribus Unum, and In God We Trust.
Retail:   $1,989.95
Preferred:   $1,889.95                       CLICK Here To Purchase
Posted by Dan Piraino No comments: Links to this post 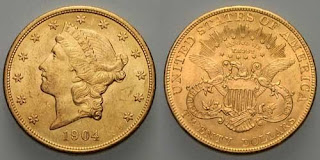 Just another example of 'you never know where you'll find it' or who put it there? Seems like treasure has been popping up all over the world lately .. Click Here To Read More
Posted by Dan Piraino No comments: Links to this post 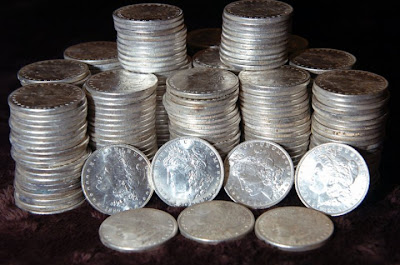 The Case of the Missing 300 Silver Dollars, or What In The World Is Something Like That Doing In A Place Like This, likely will never be solved. That they were actually uncovered is astonishing enough, but to find out why 300 Morgan silver dollars from 1887 in mint condition were under a foot of hardened soil on former Amarillo Mayor Jerry Hodge's property, well, let your imagination be your guide.


Our story begins June 11. Plumbers were digging a trench to run utilities for a pool house and swimming pool on property Hodge had purchased adjacent to his home on Oldham Circle in Amarillo. Randy McMinn had a backhoe about a foot deep when on one particular scoop, mixed in with the dirt, was found a bunch of dingy little objects.

Whoa, time out. Work came to a halt, and closer inspection revealed them to be coins - old coins from 1887. Careful digging found a lot more in some kind of fine plastic, what Margaret, Hodge's wife, described as sort of an old version of Saran Wrap. Lest anyone think plastic is a recent invention, plastic was used as early as World War I.

"I'm thinking, 'Oh my stars, this is unbelievable,' " Margaret said. "Then all these questions start running through my head. Were they stolen? Who did they belong to? Were they really ours just because we owned the lot?

"After you get over the initial excitement of buried treasure, then I'm thinking, 'I don't want to keep them if they're not ours. Is this illegal? I don't want to break the law. We're not going to end up in jail, are we?'

So, how much of a buried treasure do we have here? The coins had no mint identification. The Hodges did some research and asking around, and no identification meant the coins were made in Philadelphia. It also meant the coins, in their uncirculated mint condition, were worth about $20 to $30 apiece.

Franky Hill of Amarillo Coin Exchange confirmed as much. And too bad the coins didn't have an 'S' on them.

"If they had been made in San Francisco, they would be worth about $200 each starting out," Hill said. "And if they are in real good condition, they are worth hundreds of dollars, depending on the number of contact marks."

Well, it's known now how much they are worth, and how they were found. What's not known, and what's most intriguing of all, is how these 300 1887 mint condition Morgan silver dollars got there.

"When was Billy the Kid shot?" Jerry Hodge said. "And Frank and Jesse James were in this part of the country, too."

What about Bonnie and Clyde? What about some unsolved bank robbery when the bad guy was killed before he could get away and find his stashed loot?

Hodge, chairman of the board of Maxor National Pharmacies, recalls a conversation 40 years ago with the late Dr. George Royse. Royse told of his tending to Clyde Barrow back in the 1930s after a car wreck. Royse also told Hodge of two men he knew in Oklahoma who'd robbed a bank and came to Amarillo in a getaway. Hmmm.

Hodge has tried to piece together the history of the property, which the city first owned in 1927. Before that, it was the Wolflin family farm. The property, which is actually on Parker Street, has gone through several owners, including two former attorneys in the 1940s and early 1950.

The most likely theory is that someone, probably during the Depression, was afraid of banks and buried some valuable coins and may have died without telling anyone of them. Sounds good to me, though not quite as thrilling as Clyde Barrow's ill-gotten gains.

Interesting times in those days. Former Amarillo National Bank President Tol Ware told Hodge he used to play baseball in that area back in the 1930s and it was not uncommon for a fun-loving fellow to hide his alcohol near there during those Prohibition days.

"I've told Tol we have not yet found his Scotch," Hodge said.
Posted by Dan Piraino No comments: Links to this post


These are good motivational flicks to watch prior to metal detecting!
Posted by Dan Piraino No comments: Links to this post 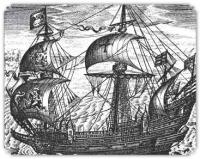 Their seems to be quite a bit of information floating around in cyber space on the alleged pirate 'Jose' Gaspar' I will include a few of the links that I've found at the end of this post and let you be the judge.

One thing is certain, if he did exist ( I believe he did) their is a large amount of pirate booty still buried and unaccounted for somewhere along the south and west coast of Florida stretching from the Tampa area all the way south to the Cape Sable, Ten Thousand Islands region.

Here is what I've learned, Gaspar's residence was on or near Boca Grande and in pirate days was know as 'Hightown' and his crew appears to have been located at a place know as 'Lowtown' on the south end of Cara Pelau Island. Gaspar's fortifications were located on La Costa. He supported still another settlement on Captiva Island and as the name implies had one prison like structure where he kept high ranking captives awaiting their ransom.
Communication was maintained between settlements by means of a signal tower or towers. A twenty four hour watch was kept at these sites and when ever a strange ship approached and failed to give proper signal, a sentry would give a loud blast on a conch shell horn. The sound from this would have been heard for quite a distance bringing reinforcements from neighboring pirate settlements.
A number of shipwrecks in the area are believed to be a direct result of this system.

Jose' was a man that loved opulence, as it appears that he was of royal Spanish descent and his home on Boca Grande was very extravagant  for the time. This included all the finest accoutrement's such as a  library, valuable art work, splendid furniture and all the trappings that one would expect to find in the home of a Spanish aristocrat. At one time it appears that he decided to have himself crowned King of Florida .. the neighbors weren't big on this idea.
One key point about Gaspar was the fact that he liked to bury his pirate chests on high ground. 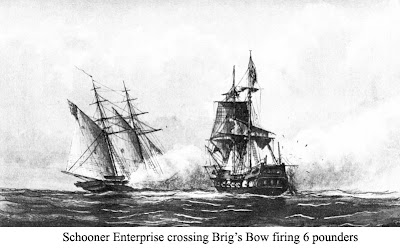 It is a know fact that he had 100 oak chests with copper linings made to order at a carpenters shop in Madeira, off the west coast of Africa. These were shipped to him in care of his agent in Havana and were most definitely used to bury his pirate loot throughout southwestern Florida.
It is supposed that he buried at least twenty of these pirate chests around Tampa Bay alone!
I am also told that Jose' Gaspar left a diary .. However this diary was left within the archives of a church in Havana, Cuba ...  Well , the rest is up to you!!

Here are a few more links - http://www.bonaventure.org.uk/ed/gaspar.htm
and - http://josegaspar.net/AboutJose.htm
Good Luck!
Posted by Dan Piraino No comments: Links to this post