The Lost Gold Mines Of Oklahoma 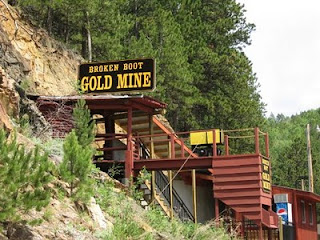 To Find Out more ... Click Here
Posted by Dan Piraino No comments:

I know that I'm getting away from the main subject of my blog but please bear with me.
I hear every day how our nations economy is slowly turning around, although I have yet to see this with my own eyes. I know many of you might also feel the same way.
I'm also going to tell you that Silver and Gold is my business .. for the sake of full disclosure.
Knowing this, I want you to think about this post and maybe forward it to a few friends. We the people of the United States of America need to take back our currency, we can all make a huge dent in the Bankster's wallets by one simple act .... 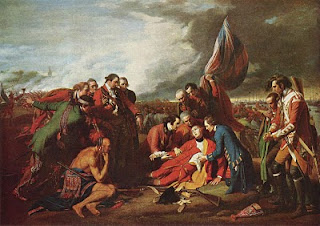 The time has come for us to step up to the plate and do our patriotic duty.

Patriotism is a love of and loyalty to one's country. A patriot is someone who loves, supports, and is prepared to serve their country.

The word patriotism comes from a Greek word meaning fatherland. For most of history, love of fatherland or homeland was an attachment to the physical features of the land. But that notion changed in the eighteenth century, when the ideals of personal freedoms and liberty strongly emerged into political thought. Patriotism was still a love of one's country that included connections to the land and people, but then also included its customs and traditions, pride in its history, and devotion to its welfare.

Today most people agree that patriotism also involves service to their country, but many disagree on how to best perform such service. Some believe that the national government speaks for a country; therefore, all its citizens should actively support government policies and actions. Others argue that a true patriot speaks out when convinced that their country is following an unwise or unjust action.

"Throughout history, it has been the inaction of those who could have acted; the indifference of those who should have known better; the silence of the voice of justice when it mattered most; that has made it possible for evil to triumph." -- Haile Selassie

I will be forever imploring you to own up to your individual patriotic responsibilities. One easy way is for you to do this is to purchase physical gold and silver bullion. In reality, compared to the amount of fiat currency in circulation, there is so little bullion available for purchase, that a concerted effort on your part could send the value of gold, and just as importantly silver, to the moon.

By participating in this simple, passive action, we can be part of the solution and avail ourselves a chance to survive the mind-boggling catastrophe that lies ahead. We are faced with an epic struggle against the tyranny of false money. Gold and silver are assets that are not borne out of someone else’s debt or liability. Debt based money is abusable and will, therefore, always be abused. Like the children in a dysfunctional family, we have been severely abused. Denial is not a river in Egypt.

History records that the money changers have used every form of abuse, intrigue, deceit, and violent means possible to maintain their control over governments by controlling money and it's issuance. -- James Madison

Besides enriching ourselves through the exercise of buying and owning gold and silver, we can passively bring about some very important changes in one way that will really make a difference. As the price of bullion subsequently rises, more and more people will begin to see Federal Reserve Notes for what they really are; fake money, and recognize and appreciate precious metals for what the really are; real money.

Get the word out. A candle loses nothing by lighting another candle. Consider it your patriotic and moral imperative.

It's not what you don't know that will screw you up, it's what you know that is wrong. The spin you hear from the mainstream media is intended to mislead you. Open your eyes and face the future. If you leave your head in the sand and ignore it, you are only leaving your butt exposed for the world to kick. This all may sound like gloom and doom, but when you get a handle on what is going to happen, you will have a future filled with opportunity. Fortune favors the Informed.  Click Here To Fire The First Shot!!!
Posted by Dan Piraino No comments:

Thinking of Selling Your Silver or Gold Coins... Don't!!

Sales of gold and silver bullion coins were up sharply in the first half of 2009, when dealers were citing strong physical demand amid worries about other investments.
Sales remained strong but abated somewhat in late spring and early summer, but there are at least some signs it might be on the rise again, said one dealer. “Over the last 30 days, business has picked up again mostly because, I believe, there is a lot of skepticism still in the market about which way the economy is heading,” said Scott Thomas, president and chief executive of American Precious Metals Exchange in Edmond, Okla.
Bullion coins are meant to provide investors with a convenient and cost-effective way to add small amounts of precious metals to their portfolios. It is valued by the weight and the type of precious metal.
This is different from numismatic coins, which are valued on the basis of factors such as limited mintage, rarity, condition and age. The only coin in this category sold by the Mint in the first half is the 2009 Ultra High Relief Double Eagle Gold Coin that was launched in January. Sales hit 68,445 in the first half, the Mint reported.
The outlook for bullion-coin sales may hinge on whether inflation begins to rear its head or whether there are more credit-market problems, said James Cook, president of Investment Rarities in Minneapolis.
The U.S. Mint said it sold 680,500 one-ounce American Eagle gold bullion coins in the first six months of the year.
By contrast, in the first half of 2008, the Mint sold 180,000 one-ounce Eagle coins and 67,000 American Buffalo coins. (Release of 2009 Buffalo bullion coins is planned for later in the year, the Mint said.)
For all of 2008, sales of one-ounce American Eagle bullion coins totaled 794,000 and sales of one-ounce Buffalo coins totaled 172,500.
Any comparison to year-ago totals must take into account Mint sales of half-, quarter- and tenth-ounce American Eagle bullion coins that have been suspended this year due to a shortage of blanks. When including these, the combined weight of all Eagle gold coins sold in the first half of 2008 amounted to 197,500 ounces, still far short of the 2009 total of 680,500.
For all of 2008, a total of 1,172,000 Eagle coins were sold totaling 860,500 ounces, which, in turn, was a sharp increase from 409,500 coins totaling 198,500 ounces in 2007.
Posted by Dan Piraino No comments: 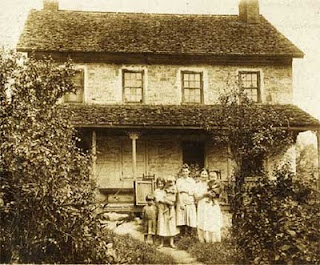 WINNIPEG - Fred Murray was hoping for a renovation rebate on the old house he bought, he just didn't think it would come in the form of old coins, shinplasters and other currency from over 100 years ago.

Murray, who runs his own stucco business, bought an Elmwood bungalow last spring and was spurred to renovate by the federal government's Home Renovation Tax Credit.

It was when he ripped out ceiling panels in the 750-square-foot home's basement that he realized he'd be supplementing that funding with some older money.

In addition to Canadian currency -- ranging from regular and commemorative coins to paper money, including the 25-cent bills commonly known as shinplasters to $100-bills -- the collection also included foreign cash from Weimar Germany, 1920s China and the United States, stamps from numerous countries and clippings from Winnipeg newspapers.

While Murray said he knew nothing about collectible currency or stamps before his demolition find, he's now a little more up to speed. However, he's not interested enough to hold onto the collection and plans to ship it off this weekend to an Eastern Canada auction house.

He said he has no idea what he'll get for the collection but plans to put it right back into the renovations.

From older neighbours, Murray found out the house was built by a German immigrant named Albert Schmidt -- whose identification he also found in the rafters -- in the 1940s. He lived in the home until sometime in the 1970s.

It was apparently Schmidt who meticulously stashed the collection above ceiling boards between rafters in the basement, Murray said.

"He spent years and years putting this together. I get hold of it and I'm getting rid of it," Murray said.

Murray said coins were packed in cloth bags, pill bottles and tin cans while the bills and stamps were stored in paper envelopes.

Murray said the basement rec-room had been renovated at least three times previously, but in each case new panelling was tacked on over the existing ceiling, leaving the treasure undiscovered.

"That was good for me," he said.
Posted by Dan Piraino No comments: